Southern or Sclerotium blight is caused by the fungus Sclerotium rolfsii. The disease is characterized by white fan-like mat of white fungal mycelium that forms at the base of the stem and on old debris. Many white, tan, or brown spherical sclerotia about the size of bird seed form on infested plant material and on the soil surface. It is a minor disease that causes a sudden yellowing and death of only a few plants in one to two feet. Leaves of infected plants turn brown, dry and often cling to the dead stems. 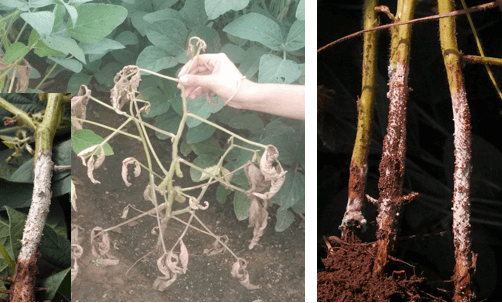