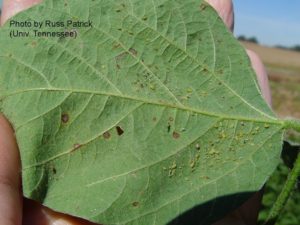 Soybean aphid is a relatively new, invasive pest in Tennessee. Economically damaging infestations are rare and more likely in the eastern one-half of the state. Soybean aphids are pale yellow, small, and soft-bodied insects typically found on the undersides of leaves or on stems where they feed on sap (phloem) with piercing-sucking mouthparts. Most aphids will lack wings. They are the only aphid found in soybean that will occur in large numbers. Feeding by immatures and adults may result in the accumulation of honeydew on the plant. Previous infestations in Tennessee have mostly occurred later in the season when temperatures have been relatively mild. Soybean mosaic virus and other viral diseases are sometimes transmitted by aphids during feeding.

For soybean aphids, begin scouting in early July. Look for aphids on the undersides of upper and middle canopy leaves. Estimate aphid density per plant at 5-10 locations throughout the field.

Treat when an average of 250 aphids or more is found per plant from early bloom (R1) until early pod fill (R5). Treatment after R5 is less likely to increase yield. Treatment should also be considered if honeydew is accumulating in the field at any time before R5. 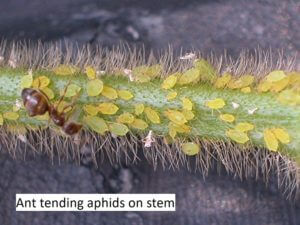 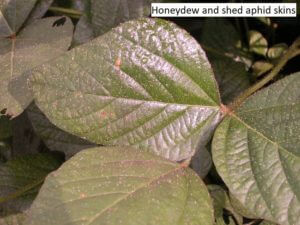 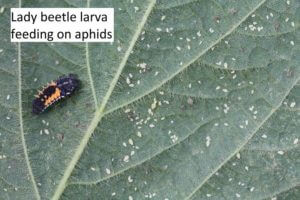 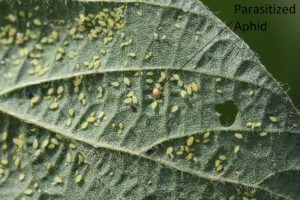