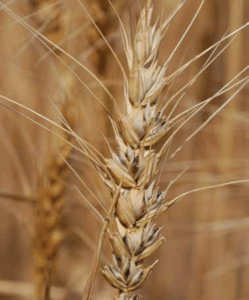 Wheat kernels infected by common bunt have a gray-green color and are wider than healthy kernels. Diseased kernels can be seen in developing wheat heads but are often not detected until harvest. The outer layers of diseased kernels remain intact initially but are easily broken during grain harvest, releasing masses of black, powdery spores. The fungus produces chemicals with a fishy odor, which sometimes causes this disease to be referred to as “stinking smut.” Symptoms of common bunt resemble dwarf bunt; however, plants infected with dwarf bunt are stunted. 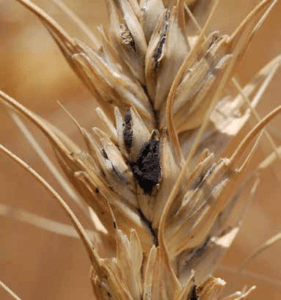 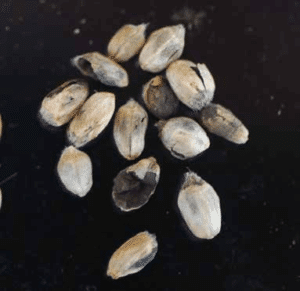