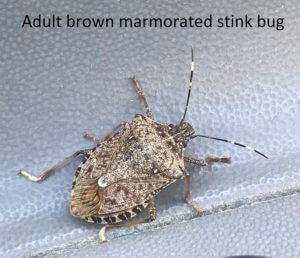 Stink bugs are common pests in Tennessee. There are several species of stink bugs that may occur in soybean, and both the adults and nymphs cause injury by feeding on developing seed with their piercing-sucking mouthparts. Adults are shield-shaped, either mostly green or brown in color, and 0.5 – 0.67 inches long. Immatures vary considerably in size and color, both within and among species. Stink bugs may introduce diseases into developing seeds, reduce seed size and germination, and lower milling quality. Damaged seed may appear wrinkled and smaller than normal.

Because stink bugs are seed feeders, sampling should be concentrated when plants are filling seed (R3 – R6). In an average sized field, take 25 sweeps with a sweep net and count the number of adult and immature stink bugs that are found at 4 locations. Increase the number of sampling sites in large fields (> 50 acres). Stink bug eggs are characteristically laid in a mass of 20-100 barrel shaped eggs. Easily observing stink bug adults, immatures, and egg masses while walking through fields is a sign that thorough scouting is needed. 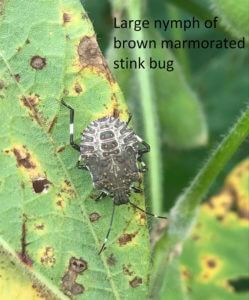 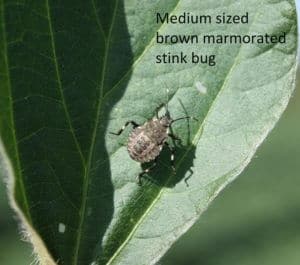 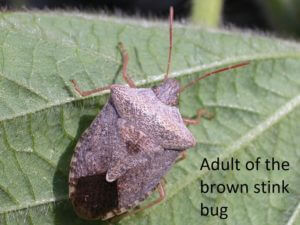 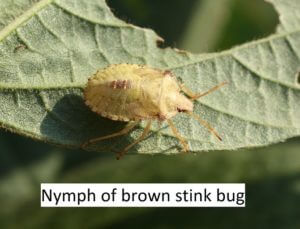 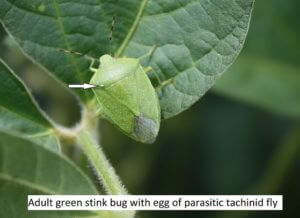 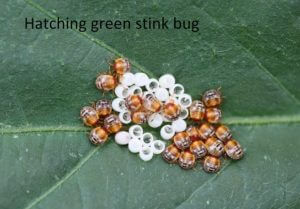 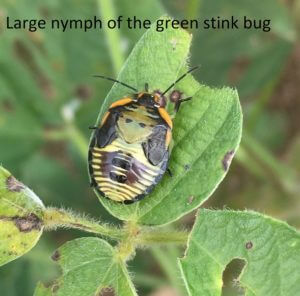 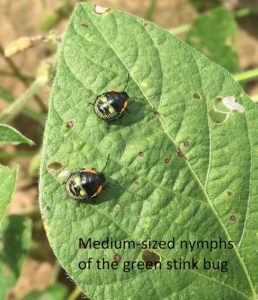 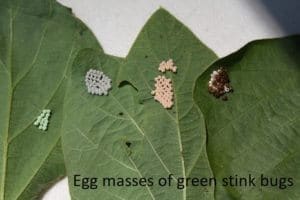 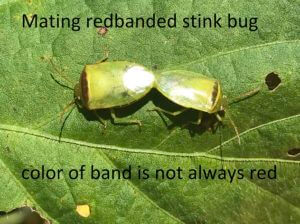 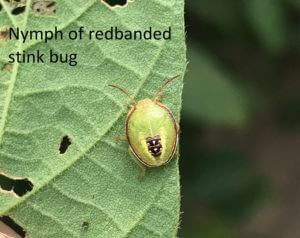 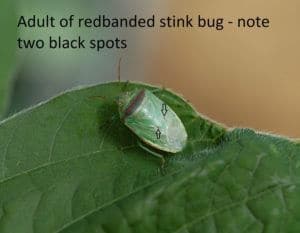 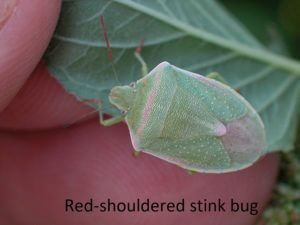 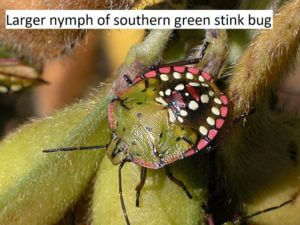 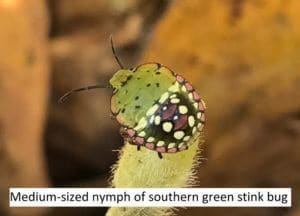 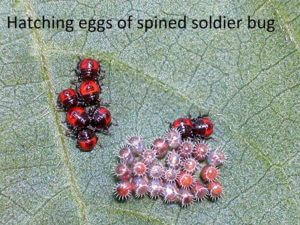 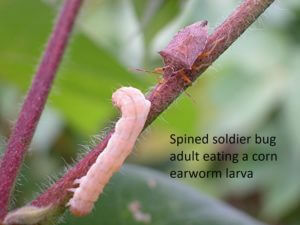 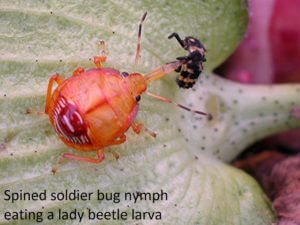 * Use acephate or relatively high rates of bifenthrin if brown stink bugs compose a significant percentage of the stink bug population. For redbanded stink bugs, use the maximum labeled rate of acephate, bifenthrin, or a tank mix of these two insecticides.