Stem canker is caused by a fungus, Diaporthe phaseolorum var. meridionalis. Initial symptoms appear as small reddish brown spots on stems near a lower node. These spots develop into cankers that can be several inches long running up the stem from the point of infection but only on one side. As the plant dies and the stem turns brown, the cankers are difficult to distinguish from the rest of the stem tissue. Foliar symptoms appear during reproductive growth stages and first appear as yellowing between the veins being more apparent on one side of the affected leaves. These leaves later turn brown and die but remain stuck to the stem, similar to plants affected by charcoal rot. Affected dry plants can easily break over when pushed. The pith of the stems will turn a light brown instead of remaining white and healthy. In some cases the pith may not be used for diagnosis if Dectes stem borer is present which will have caused a dark- brown pith.

Canker on one side of stem 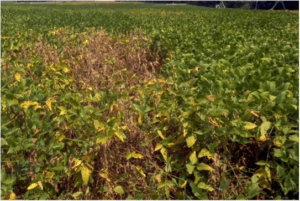 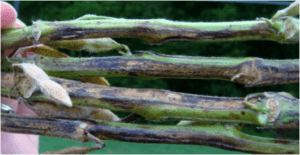 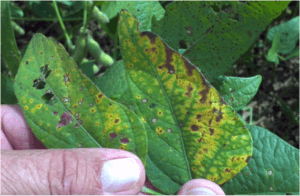 Yellowing between veins more apparent on one side of affected leaves 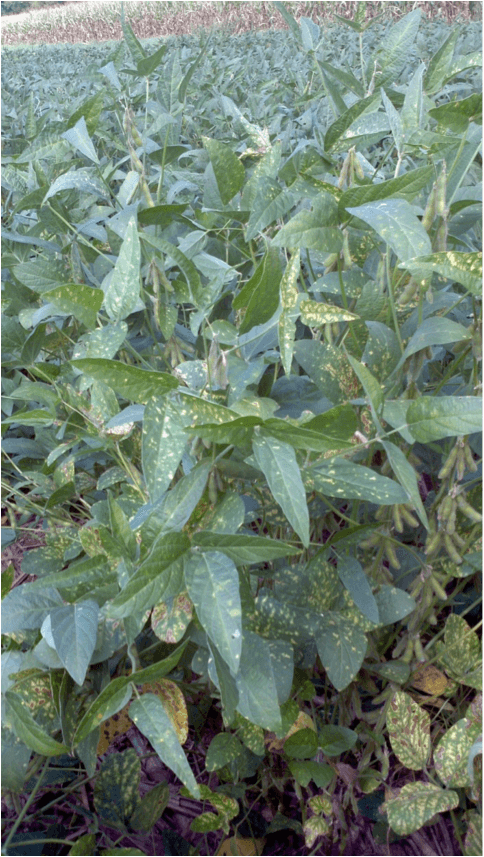 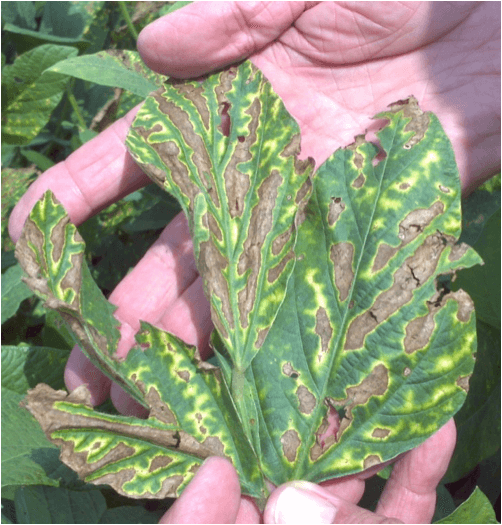 Progression of SDS with interveinal yellowing and dead, necrotic tissue 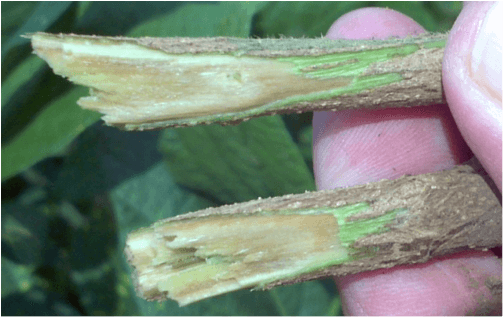